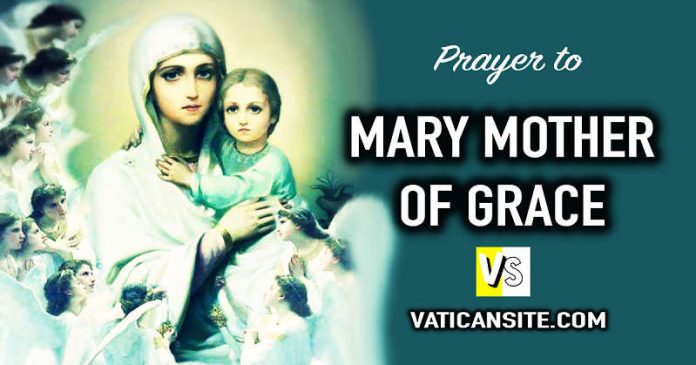 It becomes you to be mindful of us,
as you stand near Him who granted you all graces,
for you are the Mother of God and our Queen.

Help us for the sake of the King,
the Lord God and Master who was born of you.

For this reason,
you are called full of grace.

Remember us, most holy Virgin,
and bestow on us gifts
from the riches of your graces,
Virgin full of graces.

Athanasius was born at Alexandria, in Egypt. He was very fond of reading books about the Catholic faith and studied the classics and theology at the university in Alexandria.

He became a deacon and secretary to Bishop Alexander of Alexandria, then later a priest. At that time the Arians did not believe that Jesus was God and tried to spread these false teachings. Athanasius attended the council of Nicea, fought against these teachings and got the council to accept the Nicene Creed. He spent his life proving that Jesus is truly God.

This saint became the archbishop of Alexandria when he was not yet thirty years old. For forty-six years, he was a good and brave shepherd of his flock. Four Roman emperors tried but failed to make him stop writing his clear and beautiful explanations of our holy faith.

His enemies did every thing they could to make him suffer. Five times he was sent away from Alexandria. Once, when he was sent to the city of Trier a kind bishop, St. Maximinius, welcomed him warmly.

At other times Athanasius was hunted by people who wanted to kill him. He was kept safe in the desert by some monks for seven years and his enemies just could not find him.

Once when the emperor’s soldiers were chasing Athanasius down the Nile River, his friends began to panic as the soldiers began to catch up with them. But Athanasius was not worried. “Turn the boat around,” he said calmly, “and row toward them.” The soldiers in the other boat shouted, “Have you seen Athanasius?” “You are not far from him!” was the reply. The enemy boat quickly went past them, and the saint was safe!

The people of Alexandria loved St. Athanasius. He was a real father to them. As the years passed, they appreciated more and more how much he had suffered for Jesus and the Church.

Now the people made sure that Athanasius was protected and had some well-deserved peace. He spent the last seven years of his life safe with them. His enemies hunted but could never find him.

During that time, St. Athanasius wrote The Life of St. Anthony the Hermit who had been a close friend when Athanasius was young. St. Athanasius died quietly on May 2, 373. He remains one of the greatest, bravest saints of all time

Prayer to Our Lady of the Immaculate Conception