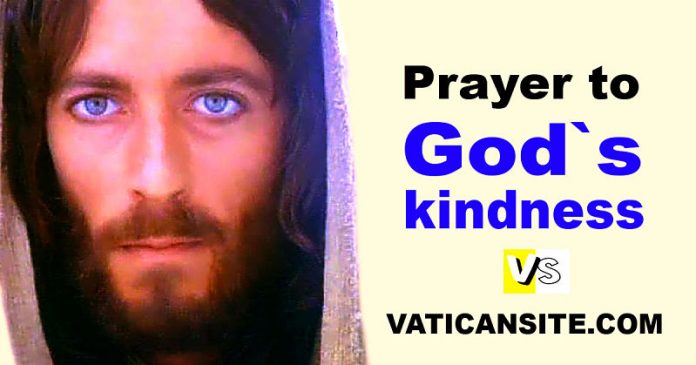 This is the Prayer which the Saviour delivered to His own disciples, with a pure conscience entitling God our Father, and saying:

Our Father, which art in heaven.

O most surpassing loving-kindness of God!

On them who revolted from Him and were in the very extreme of misery has He bestowed such a complete forgiveness of evil deeds, and so great participation of grace, as that they should even call Him Father. Our Father, which art in heaven; and they also are a heaven who bear the image of the heavenly (1 Cor. 15:49), in whom is God, dwelling and walking in them (2 Cor. 6:16).

Hallowed be Your Name.

The Name of God is in its nature holy, whether we say so or not; but since it is sometimes profaned among sinners, according to the words, “Through you My Name is continually blasphemed among the Gentiles”, we pray that in us God’s Name may be hallowed; not that it comes to be holy from not being holy, but because it becomes holy in us, when we are made holy, and do things worthy of holiness.

A pure soul can say with boldness, Your kingdom come; for he who has heard Paul saying:

“Let not therefore sin reign in your mortal body” (Rom. 6:12), and has cleansed himself in deed, and thought, and word, will say to God, Your kingdom come.

Your will be done as in heaven so on earth.

God’s divine and blessed Angels do the will of God, as David said in the Psalm:

“Bless the Lord, all you Angels of His, mighty in strength, that do His pleasure”.

So then in effect you mean this by your prayer, as in the Angels Your will is done, so likewise be it done on earth in me, O Lord.

Give us this day our substantial bread.

This common bread is not substantial bread, but this Holy Bread is substantial, that is, appointed for the substance of the soul. For this Bread goes not into the belly and is cast out into the draught (Matt. 15:17), but is distributed into your whole system for the benefit of body and soul. But by this day, he means, each day, as also Paul said:

And forgive us our debts as we also forgive our debtors.

For we have many sins. For we offend both in word and in thought, and very many things we do worthy of condemnation; and if we say that we have no sin, we lie, as John says. And we make a covenant with God, entreating Him to forgive us our sins, as we also forgive our neighbours their debts. Considering then what we receive and in return for what, let us not put off nor delay to forgive one another. The offenses committed against us are slight and trivial, and easily settled; but those which we have committed against God are great, and need such mercy as His only is. Take heed therefore, lest for the slight and trivial sins against you, you shut out for yourself forgiveness from God for your very grievous sins.

And lead us not into temptation, O Lord.

Is this then what the Lord teaches us to pray, that we may not be tempted at all? How then is it said elsewhere: “a man untempted, is a man unproved”

and again, “My brethren, count it all joy when you fall into various temptations” (James 1:2)?

But does perchance the entering into temptation mean the being overwhelmed by the temptation? For temptation is, as it were, like a winter torrent difficult to cross. Those therefore who are not overwhelmed in temptations, pass through, showing themselves excellent swimmers, and not being swept away by them at all; while those who are not such, enter into them and are overwhelmed.

As for example, Judas having entered into the temptation of the love of money, swam not through it, but was overwhelmed and was strangled both in body and spirit.

Peter entered into the temptation of the denial; but having entered, he was not overwhelmed by it, but manfully swam through it, and was delivered from the temptation.

Listen again, in another place, to a company of unscathed saints, giving thanks for deliverance from temptation,

You, O God hast proved us; You have tried us by fire like as silver is tried. You brought us into the net; You laid afflictions upon our loins. You have caused men to ride over our heads; we went through fire and water; and you brought us out into a place of rest.

But deliver us from the evil one.

If lead us not into temptation implied the not being tempted at all, He would not have said, But deliver us from the evil one. Now the evil one is our adversary the devil, from whom we pray to be delivered.

Then after completing the prayer you say Amen; by this Amen, which means “So be it”, setting your seal to the petitions of the divinely-taught prayer.

The Litany of Saint Scholastica