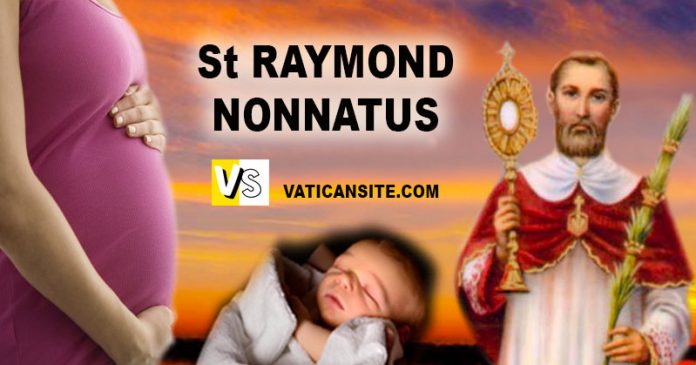 O Blessed Saint Raymond Nonnatus, so loving to all your devotees, I being last of them all, I am happy to know that through the infinite goodness of God, He has deigned to make you a Saint, adorned thee with special graces and help, for which I am most thankful.

On the Most Holy Trinity, and you my adorable patron saint, through your merits and those of the blood poured by our Savior Jesus Christ, and through the Immaculate Conception of Mary, I most humbly beg thee, deign to intercede from the most sublime God, protection for the holy Mother Church, that through your prayers, God’s wrath be taken away, see the progress of true faith, defeat the wrong doctrines, the peace and understanding of all Christians, peace of the whole country and the redemption of the Christian captives.

I am humbly begging you my devoted saint, that you be may be my intercessor. Since for many hours you did not die of the womb of your dead mother an you were successfully delivered from her side, to be the joy of the world, and that my soul may live in grace in this earthly world, may I imitate your live and exemplary holiness, so that when the hour of my death comes, I may detest all evil thoughts and temporary wealth of this world, so that with the burning love for God, my soul may reach heaven and together with you and the angels and all the saints, praise God Almighty forever.

But if the favor I am asking will not be for the glory of God and the good of my soul, then beg from God that I will be resigned to his Divine Will, so that I may have the peace of soul while I live, till the hour of my death and that I enjoy true happiness in heaven.

He is pictured in the habit of his order surrounded by ransomed slaves, with a padlock on his lips. He was taken from the womb of his mother after her death, hence his name. Of noble but poor family, he showed early traits of piety and great talent.

His father ordered him to tend a farm, but later gave him permission to take the habit with the Mercedarians at Barcelona, at the hands of the founder, St. Peter Nolasco.

Raymond made such progress in the religious life that he was soon considered worthy to succeed his master in the office of ransomer. He was sent to Algiers and liberated many captives. When money failed he gave himself as a hostage.

He was zealous in teaching the Christian religion and made many converts, which embittered the Mohammedan authorities.

Raymond was subjected to all kinds of indignities and cruelty, was made to run the gauntlet, and was at last sentenced to impalement. The hope of a greater sum of money as ransom caused the governor to commute the sentence into imprisonment.

To prevent him from preaching for Christ, his lips were pierced with a red-hot iron and closed with a padlock. After his arrival in Spain, in 1239, he was made a cardinal by Gregory IX. In the next year he was called to Rome by the pope, but came only as far as Cardona, about six miles from Barcelona, where he died.

His body was brought to the chapel of St. Nicholas near his old farm. In 1657 his name was placed in the Roman martyrology by Alexander VII. He is invoked by women in labour and by persons falsely accused.

The appendix to the Roman ritual gives a formula for the blessing of water, in his honour, to be used by the sick, and another of candles. 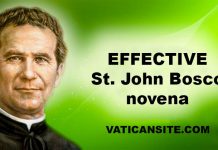 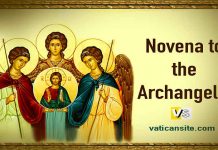