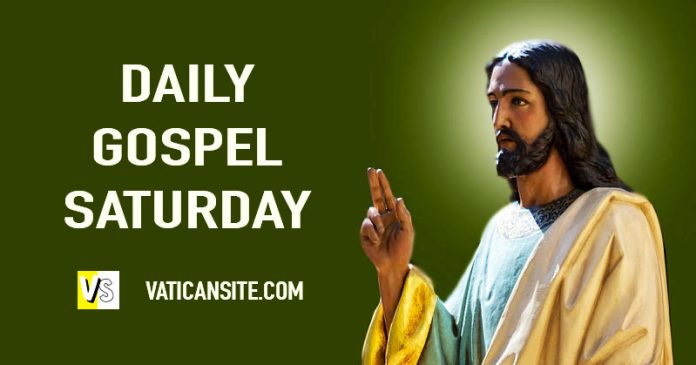 Saturday of the Fourteenth week in Ordinary Time

In the year King Uzziah died, I saw the Lord seated on a high and lofty throne, with the train of his garment filling the temple.

“Holy, holy, holy is the LORD of hosts!” they cried one to the other. “All the earth is filled with his glory!”

At the sound of that cry, the frame of the door shook and the house was filled with smoke.

Then I said, “Woe is me, I am doomed! For I am a man of unclean lips, living among a people of unclean lips; yet my eyes have seen the King, the LORD of hosts!”

Then one of the seraphim flew to me, holding an ember which he had taken with tongs from the altar.

He touched my mouth with it. “See,” he said, “now that this has touched your lips, your wickedness is removed, your sin purged.”

The LORD is king, in splendor robed;
robed is the LORD and girt about with strength.

And he has made the world firm,
Your throne stands firm from of old;
from everlasting you are, O LORD.
Your decrees are worthy of trust indeed:

holiness befits your house,
O LORD, for length of days.

Holy Gospel of Jesus Christ according to Saint Matthew 10:24-33.

Jesus said to his Apostles: “No disciple is above his teacher, no slave above his master.

What I say to you in the darkness, speak in the light; what you hear whispered, proclaim on the housetops.

Are not two sparrows sold for a small coin? Yet not one of them falls to the ground without your Father’s knowledge.

Even all the hairs of your head are counted.

So do not be afraid; you are worth more than many sparrows.

Everyone who acknowledges me before others I will acknowledge before my heavenly Father.

But whoever denies me before others, I will deny before my heavenly Father.”