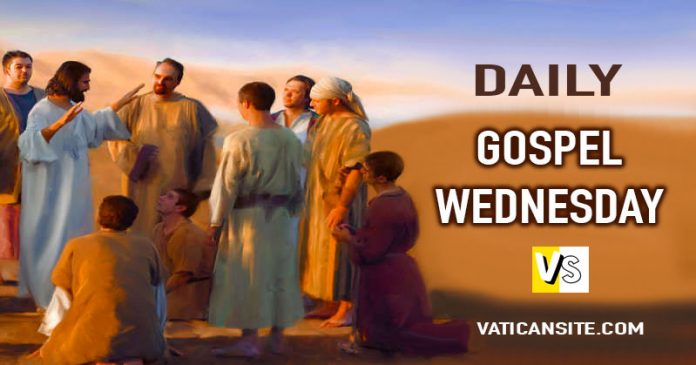 Wednesday of the Fourteenth week in Ordinary Time

Israel is a luxuriant vine whose fruit matches its growth. The more abundant his fruit, the more altars he built; The more productive his land, the more sacred pillars he set up.

Their heart is false, now they pay for their guilt; God shall break down their altars and destroy their sacred pillars.

If they would say, “We have no king”– Since they do not fear the LORD, what can the king do for them?

The king of Samaria shall disappear, like foam upon the waters.

The high places of Aven shall be destroyed, the sin of Israel; thorns and thistles shall overgrow their altars. Then they shall cry out to the mountains, “Cover us!” and to the hills, “Fall upon us!”

“Sow for yourselves justice, reap the fruit of piety; Break up for yourselves a new field, for it is time to seek the LORD, till he come and rain down justice upon you.”

Sing to him, sing his praise,
proclaim all his wondrous deeds.
Glory in his holy name;
rejoice, O hearts that seek the LORD!

Look to the LORD in his strength;
seek to serve him constantly.
Recall the wondrous deeds that he has wrought,
his portents, and the judgments he has uttered.

You descendants of Abraham, his servants,
sons of Jacob, his chosen ones!
He, the LORD, is our God;
throughout the earth his judgments prevail.

Holy Gospel of Jesus Christ according to Saint Matthew 10:1-7.

Jesus summoned his Twelve disciples and gave them authority over unclean spirits to drive them out and to cure every disease and every illness.

Jesus sent out these twelve after instructing them thus, “Do not go into pagan territory or enter a Samaritan town.

Go rather to the lost sheep of the house of Israel.

As you go, make this proclamation: ‘The kingdom of heaven is at hand.'”