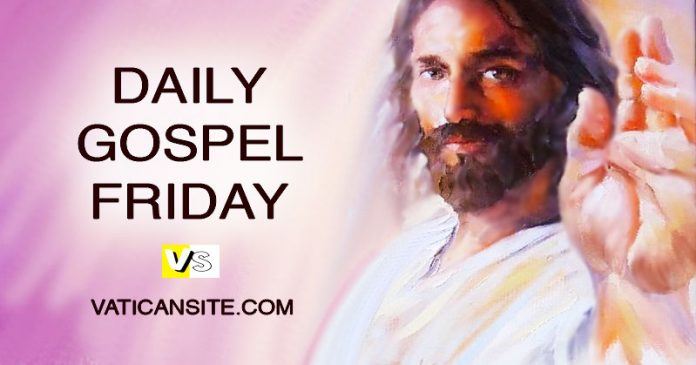 Friday of the Thirtieth week in Ordinary Time

Brothers and Sisters: I speak the truth in Christ, I do not lie; my conscience joins with the holy Spirit in bearing me witness that I have great sorrow and constant anguish in my heart.

For I could wish that I myself were accursed and separated from Christ for the sake of my brothers, my kin according to the flesh.

They are Israelites; theirs the adoption, the glory, the covenants, the giving of the law, the worship, and the promises; theirs the patriarchs, and from them, according to the flesh, is the Messiah. God who is over all be blessed forever. Amen.

Glorify the LORD, O Jerusalem;
praise your God, O Zion.
For he has strengthened the bars of your gates;
he has blessed your children within you.

He has granted peace in your borders;
with the best of wheat he fills you.
He sends forth his command to the earth;
swiftly runs his word!

He has proclaimed his word to Jacob,
his statutes and his ordinances to Israel.
He has not done thus for any other nation;
his ordinances he has not made known to them. Alleluia

Holy Gospel of Jesus Christ according to Saint Luke 14:1-6.

On a sabbath Jesus went to dine at the home of one of the leading Pharisees, and the people there were observing him carefully.

In front of him there was a man suffering from dropsy.

Jesus spoke to the scholars of the law and Pharisees in reply, asking, “Is it lawful to cure on the sabbath or not?”

But they kept silent; so he took the man and, after he had healed him, dismissed him.

Then he said to them, “Who among you, if your son or ox falls into a cistern, would not immediately pull him out on the sabbath day?”

But they were unable to answer his question.