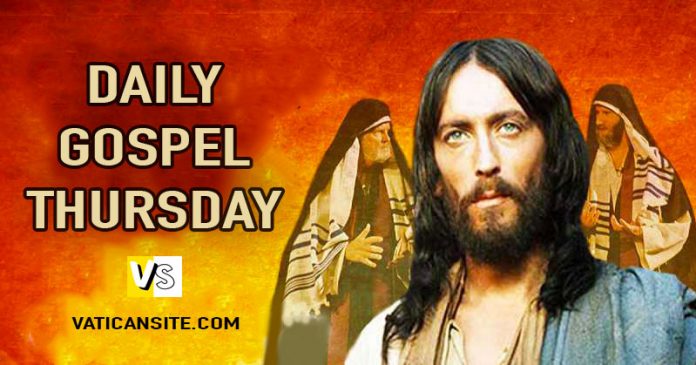 Thursday of the Twenty-eighth week in Ordinary Time

What occasion is there then for boasting? It is ruled out. On what principle, that of works? No, rather on the principle of faith.

For we consider that a person is justified by faith apart from works of the law.

Out of the depths I cry to you, O LORD
LORD, hear my voice!
Let your ears be attentive
to my voice in supplication.

If you, O LORD, mark iniquities,
LORD, who can stand?
But with you is forgiveness,
that you may be revered.

I trust in the LORD;
my soul trusts in his word.
My soul waits for the Lord
more than sentinels for dawn.

Holy Gospel of Jesus Christ according to Saint Luke 11:47-54.

The Lord said: “Woe to you! You build the memorials of the prophets whom your ancestors killed.

Consequently, you bear witness and give consent to the deeds of your ancestors, for they killed them and you do the building.

Woe to you, scholars of the law! You have taken away the key of knowledge. You yourselves did not enter and you stopped those trying to enter.”

When he left, the scribes and Pharisees began to act with hostility toward him and to interrogate him about many things,
for they were plotting to catch him at something he might say.