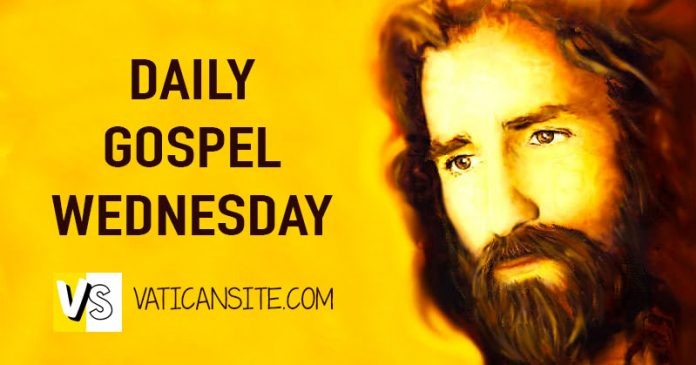 Wednesday of the Twelfth week in Ordinary Time

The word of the LORD came to Abram in a vision: “Fear not, Abram! I am your shield; I will make your reward very great.”

But Abram said, “O Lord GOD, what good will your gifts be, if I keep on being childless and have as my heir the steward of my house, Eliezer?”

Abram continued, “See, you have given me no offspring, and so one of my servants will be my heir.”

Then the word of the LORD came to him: “No, that one shall not be your heir; your own issue shall be your heir.”

He took him outside and said: “Look up at the sky and count the stars, if you can. Just so,” he added, “shall your descendants be.”

Abram put his faith in the LORD, who credited it to him as an act of righteousness.

He then said to him, “I am the LORD who brought you from Ur of the Chaldeans to give you this land as a possession.”

He brought him all these, split them in two, and placed each half opposite the other; but the birds he did not cut up.

Birds of prey swooped down on the carcasses, but Abram stayed with them.

As the sun was about to set, a trance fell upon Abram, and a deep, terrifying darkness enveloped him.

When the sun had set and it was dark, there appeared a smoking brazier and a flaming torch, which passed between those pieces.

It was on that occasion that the LORD made a covenant with Abram, saying: “To your descendants I give this land, from the Wadi of Egypt to the Great River (the Euphrates).”

Give thanks to the LORD, invoke his name;
make known among the nations his deeds.
Sing to him, sing his praise,
proclaim all his wondrous deeds.

Glory in his holy name;
rejoice, O hearts that seek the LORD!
Look to the LORD in his strength;
seek to serve him constantly.

You descendants of Abraham, his servants,
sons of Jacob, his chosen ones!
He, the LORD, is our God;
throughout the earth his judgments prevail.

He remembers forever his covenant
which he made binding for a thousand generations.
Which he entered into with Abraham
and by his oath to Isaac.

Holy Gospel of Jesus Christ according to Saint Matthew 7:15-20.

Jesus said to his disciples: “Beware of false prophets, who come to you in sheep’s clothing, but underneath are ravenous wolves.

By their fruits you will know them. Do people pick grapes from thornbushes, or figs from thistles?

Every tree that does not bear good fruit will be cut down and thrown into the fire.

So by their fruits you will know them.”

Gospel of Jesus Christ according to Saint Mark 8:22-26.