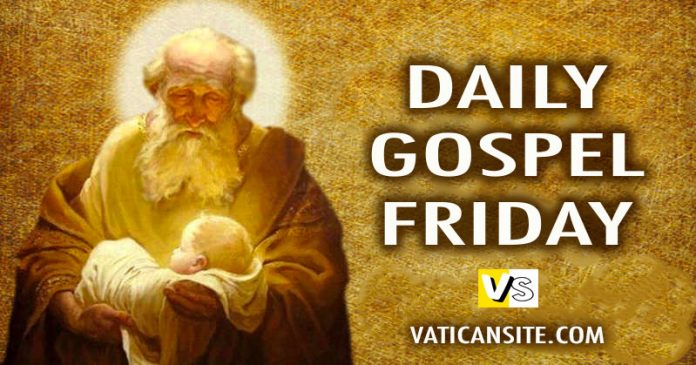 The Fifth Day in the Octave of Christmas

But whoever keeps his word, the love of God is truly perfected in him. This is the way we may know that we are in union with him: whoever claims to abide in him ought to live (just) as he lived.

And yet I do write a new commandment to you, which holds true in him and among you, for the darkness is passing away, and the true light is already shining.

Whoever says he is in the light, yet hates his brother, is still in the darkness.

Whoever loves his brother remains in the light, and there is nothing in him to cause a fall.

Whoever hates his brother is in darkness; he walks in darkness and does not know where he is going because the darkness has blinded his eyes.

Announce his salvation, day after day.
Tell his glory among the nations;
among all peoples, his wondrous deeds.

The LORD made the heavens.
Splendor and majesty go before him;
Praise and grandeur are in his sanctuary.

Holy Gospel of Jesus Christ according to Saint Luke 2:22-35.

Now there was a man in Jerusalem whose name was Simeon. This man was righteous and devout, awaiting the consolation of Israel, and the holy Spirit was upon him.

It had been revealed to him by the holy Spirit that he should not see death before he had seen the Messiah of the Lord.

He came in the Spirit into the temple; and when the parents brought in the child Jesus to perform the custom of the law in regard to him, he took him into his arms and blessed God, saying:

Now, Master, you may let your servant go in peace, according to your word, for my eyes have seen your salvation, which you prepared in sight of all the peoples, a light for revelation to the Gentiles, and glory for your people Israel.”

The child’s father and mother were amazed at what was said about him; and Simeon blessed them and said to Mary his mother, “Behold, this child is destined for the fall and rise of many in Israel, and to be a sign that will be contradicted
(and you yourself a sword will pierce) so that the thoughts of many hearts may be revealed.”