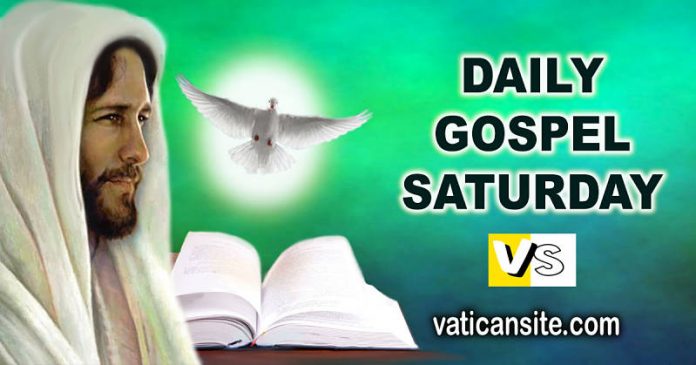 The Seventh Day in the Octave of Christmas

Children, it is the last hour; and just as you heard that the antichrist was coming, so now many antichrists have appeared. Thus we know this is the last hour.
They went out from us, but they were not really of our number; if they had been, they would have remained with us. Their desertion shows that none of them was of our number.
But you have the anointing that comes from the holy one, and you all have knowledge.
I write to you not because you do not know the truth but because you do, and because every lie is alien to the truth.

Let the heavens be glad and the earth rejoice;
let the sea and what fills it resound;
let the plains be joyful and all that is in them.
Then shall all the trees of the forest exult before the LORD.

The LORD comes,
he comes to rule the earth.
He shall rule the world with justice
and the peoples with his constancy.

Holy Gospel of Jesus Christ according to Saint John 1:1-18.

In the beginning was the Word, and the Word was with God, and the Word was God.
He was in the beginning with God.
All things came to be through him, and without him nothing came to be. What came to be through him was life, and this life was the light of the human race; the light shines in the darkness, and the darkness has not overcome it.
A man named John was sent from God.
He came for testimony, to testify to the light, so that all might believe through him.
He was not the light, but came to testify to the light.
The true light, which enlightens everyone, was coming into the world.
He was in the world, and the world came to be through him, but the world did not know him.
He came to what was his own, but his own people did not accept him.
But to those who did accept him he gave power to become children of God, to those who believe in his name, who were born not by natural generation nor by human choice nor by a man’s decision but of God.
And the Word became flesh and made his dwelling among us, and we saw his glory, the glory as of the Father’s only Son, full of grace and truth.
John testified to him and cried out, saying, “This was he of whom I said, ‘The one who is coming after me ranks ahead of me because he existed before me.'”
From his fullness we have all received, grace in place of grace, because while the law was given through Moses, grace and truth came through Jesus Christ.
No one has ever seen God. The only Son, God, who is at the Father’s side, has revealed him.