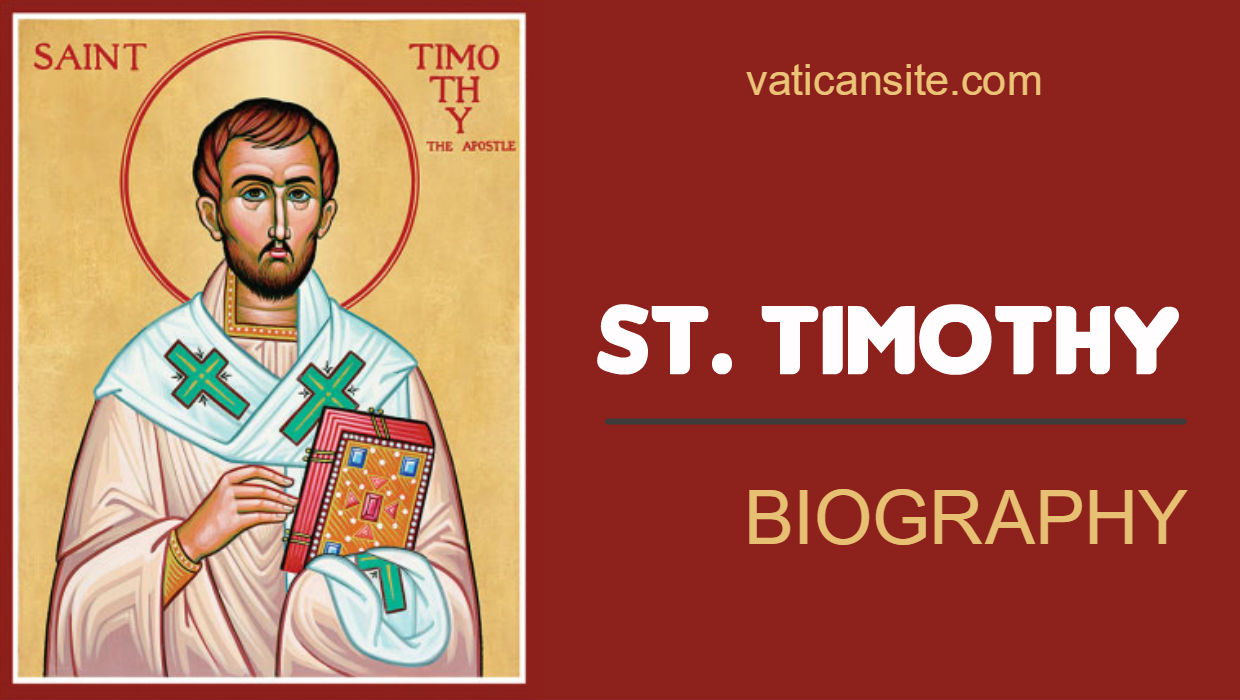 A native of Lystra, he was the son of a Jewish woman named Eunice and a Greek Gentile.

Converted to the faith by St. Paul, Timothy willingly received circumcision in order to assuage the Jews to whom he and Paul would be preaching, especially as it was known that his father was a Gentile.

Paul found St Timothy a very valuable assistant and companion, using him on several missions, such as those to the Corinthians (1 Cor 4:17) and the Thessalonians (1 Thes 3:2-3).

According to tradition, he was the first bishop of Ephesus, the basis for this being his journey to the city at the command of Paul to act as his representative (1 Tm 1:3). He is mentioned with St. Paul in the salutations of seven epistles in the New Testament and was teh addressee of two of three pastoral letters – 1 Timothy, 2 Timothy, and Titus.

His martyrdom on January 22, 97 by a mob of angry pagans came about through his opposition to the celebration of the feast of Diana; it was recorded in the fourth-century Acta S. Timothei.

St Timothy is the patron invoked against stomach and intestinal disorders. His feast day is January 26.

(Taken from Our Sunday Visitor’s Encyclopedia of Saints)