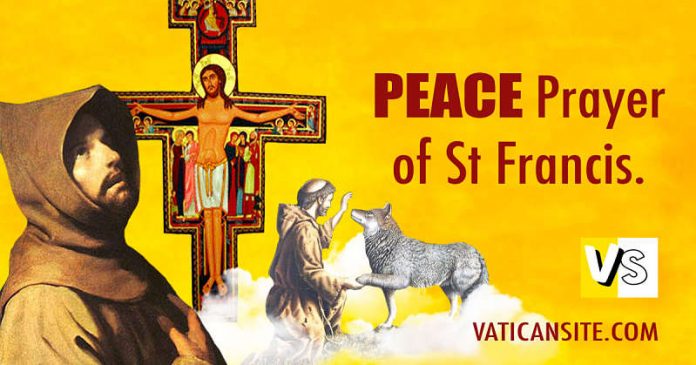 St. Francis is known as the man who was most like Christ, “the first after the only one”, the universal brother, a man of peace and reconciliation, the Poverello, the lover of the poor, the troubadour of creation. It is true.

Francis of Assisi, however, was first and foremost a mystic, a real contemplative, enamoured with the poor and crucified Christ. Francis was not only a man who prayed, he was “a man become prayer”.

The presence of God transfigured him until He made him “another Christ”.

O divine Master, grant that I may not so much seek
to be consoled as to console,
to be understood as to understand,
to be loved as to love.
For it is in giving that we receive,
it is in pardoning that we are pardoned,
and it is in dying that we are born to eternal life.
Amen.

He founded the Franciscan Order, assisted in founding the woman’s Order of St. Clare, and the lay Third Order of Saint Francis. St. Francis is one of the most venerated religious figures in history.

On July 16, 1228, he was pronounced a saint by Pope Gregory IX. He is known as the patron saint of animals, the environment and one of the two patrons of Italy (with Catherine of Siena).

Prayer to obtain a special favor