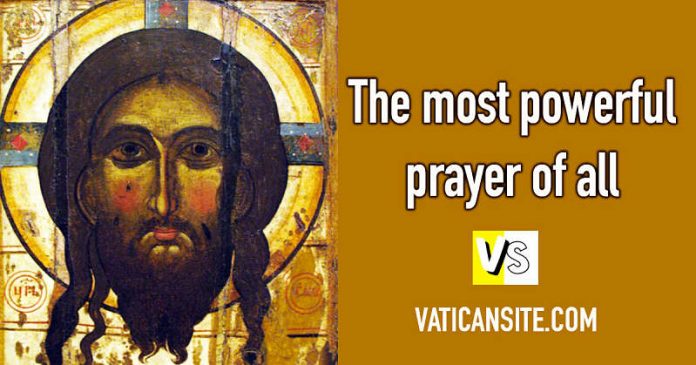 The gratitude prayer is simply telling God thank you for all the things in your life you are thankful for. It is a simple prayer and yet the most powerful of all prayers.

This is the “Prayer of Gratitude” that he composed, and that remains popular even today:

Thanks be to you, my lord, Jesus Christ,

For all the benefits that you have given me;
For all the pains and insults you have borne for me.

O, most merciful redeemer, friend and brother,
May I know you more clearly;
Love you more dearly;
And follow you more nearly.

Lord Jesus Christ,
I thank You for all the blessings
You have given me,
and for all the sufferings
and shame You have endured for me,
on which account that pitiable cry of sorrow was Thine:
” Behold and see, if there was any sorrow like unto My sorrow!”
” You know, Lord, how willing I should be to bear insult, and pain, and death for You; therefore have mercy on me, for to You, I commend my spirit.” Amen

St Richard of Chichester, Pray for Us …

Richard of Wyche, also known as Richard of Chichester, was born at Wyche (Droitwich), Worcestershire, England. He was orphaned when he was quite young.

He retrieved the fortunes of the mismanaged estate he inherited when he took it over, and then turned it over to his brother Robert.

Richard refused marriage and went to Oxford, where he studied under Grosseteste and met and began a lifelong friendship with Edmund Rich.

Richard pursued his studies at Paris, received his M.A. from Oxford, and then continued his studies at Bologna, where he received his doctorate in Canon Law. After seven years at Bologna, he returned to Oxford, was appointed chancellor of the university in 1235, and then became chancellor to Edmund Rich, now archbishop of Canterbury, whom he accompanied to the Cistercian monastery at Pontigny when the archbishop retired there.

After Rich died at Pontigny, Richard taught at the Dominican House of Studies at Orleans and was ordained there in 1243. After a time as a parish priest at Deal, he became chancellor of Boniface of Savoy, the new archbishop of Canterbury, and when King Henry III named Ralph Neville bishop of Chichester in 1244, Boniface declared his selection invalid and named Richard to the See.

Eventually, the matter was brought to Rome and in 1245, Pope Innocent IV declared in Richard’s favor and consecrated him. When he returned to England, he was still opposed by Henry and was refused admittance to the bishop’s palace; eventually Henry gave in when threatened with excommunication by the Pope.

The remaining eight years of Richard’s life were spend in ministering to his flock. He denounced nepotism, insisted on strict clerical discipline, and was ever generous to the poor and the needy. He died at a house for poor priests in Dover, England, while preaching a crusade, and was canonized in 1262.

His feast day is April 3.