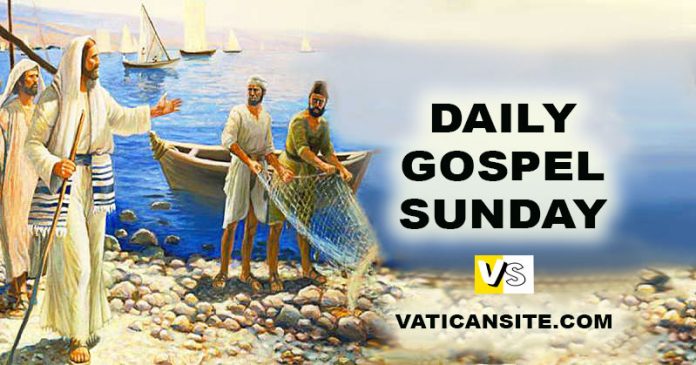 The word of the LORD came to Jonah a second time:

“Set out for the great city of Nineveh, and announce to it the message that I will tell you.”

So Jonah made ready and went to Nineveh, according to the LORD’S bidding. Now Nineveh was an enormously large city; it took three days to go through it.

Jonah began his journey through the city, and had gone but a single day’s walk announcing, “Forty days more and Nineveh shall be destroyed,”

when the people of Nineveh believed God; they proclaimed a fast and all of them, great and small, put on sackcloth.

When God saw by their actions how they turned from their evil way, he repented of the evil that he had threatened to do to them; he did not carry it out.

Remember that your compassion, O LORD,
and your love are from of old.
In your kindness remember me,
because of your goodness, O LORD.

I tell you, brothers and sisters, the time is running out. From now on, let those having wives act as not having them, those weeping as not weeping, those rejoicing as not rejoicing, those buying as not owning, those using the world as not using it fully. For the world in its present form is passing away.

Holy Gospel of Jesus Christ according to Saint Mark 1:14-20.

After John had been arrested, Jesus came to Galilee proclaiming the Gospel of God:

“This is the time of fulfillment. The kingdom of God is at hand. Repent, and believe in the gospel.”

As he passed by the Sea of Galilee, he saw Simon and his brother Andrew casting their nets into the sea; they were fishermen.

Jesus said to them, “Come after me, and I will make you fishers of men.”

Then they abandoned their nets and followed him.

He walked along a little farther and saw James, the son of Zebedee, and his brother John. They too were in a boat mending their nets.

Then he called them. So they left their father Zebedee in the boat along with the hired men and followed him.