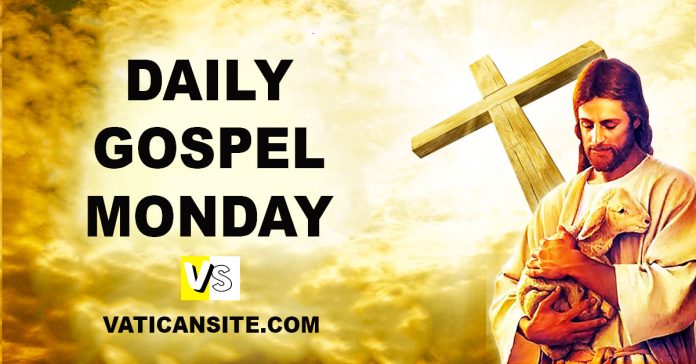 Monday of the Fifteenth week in Ordinary Time

A new king, who knew nothing of Joseph, came to power in Egypt.

He said to his subjects, “Look how numerous and powerful the Israelite people are growing, more so than we ourselves!

Come, let us deal shrewdly with them to stop their increase; otherwise, in time of war they too may join our enemies to fight against us, and so leave our country.”

Accordingly, taskmasters were set over the Israelites to oppress them with forced labor. Thus they had to build for Pharaoh the supply cities of Pithom and Raamses.

Yet the more they were oppressed, the more they multiplied and spread. The Egyptians, then, dreaded the Israelites and reduced them to cruel slavery, making life bitter for them with hard work in mortar and brick and all kinds of field work–the whole cruel fate of slaves.

Pharaoh then commanded all his subjects, “Throw into the river every boy that is born to the Hebrews, but you may let all the girls live.”

We were rescued like a bird
from the fowlers’ snare;
Broken was the snare,
and we were freed.
Our help is in the name of the LORD,
who made heaven and earth.

Whoever finds his life will lose it, and whoever loses his life for my sake will find it.

And whoever gives only a cup of cold water to one of these little ones to drink because he is a disciple–amen, I say to you, he will surely not lose his reward.”

When Jesus finished giving these commands to his twelve disciples, he went away from that place to teach and to preach in their towns.