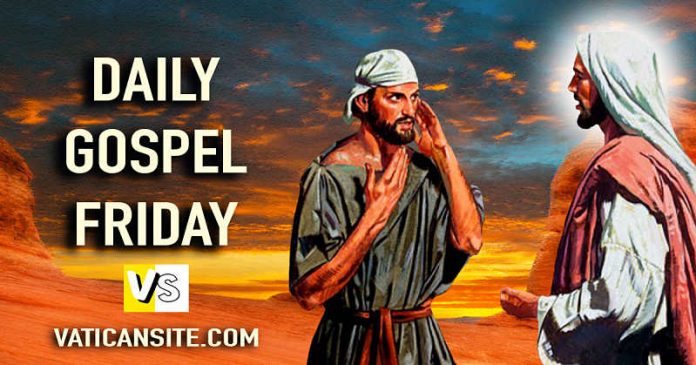 Friday of the Fifth week in Ordinary Time

Ahijah took off his new cloak, tore it into twelve pieces, and said to Jeroboam: “Take ten pieces for yourself; the LORD, the God of Israel, says: ‘I will tear away the kingdom from Solomon’s grasp and will give you ten of the tribes.

One tribe shall remain to him for the sake of David my servant, and of Jerusalem, the city I have chosen out of all the tribes of Israel.

And Israel went into rebellion against David’s house to this day.

“There shall be no strange god among you
nor shall you worship any alien god.
I, the LORD, am your God
who led you forth from the land of Egypt.”

But my people did not listen to my words;
Israel did not obey me.
So I gave them up to the hardness of their hearts;
they walked according to their own counsels.”

“If only my people would hear me,
and Israel walk in my ways,
Quickly would I humble their enemies;
against their foes I would turn my hand.”

Holy Gospel of Jesus Christ according to Saint Mark 7:31-37.

And people brought to him a deaf man who had a speech impediment and begged him to lay his hand on him.

He took him off by himself away from the crowd. He put his finger into the man’s ears and, spitting, touched his tongue; then he looked up to heaven and groaned, and said to him, “Ephphatha!” (that is, “Be opened!”)

And (immediately) the man’s ears were opened, his speech impediment was removed, and he spoke plainly.

They were exceedingly astonished and they said, “He has done all things well. He makes the deaf hear and (the) mute speak.”