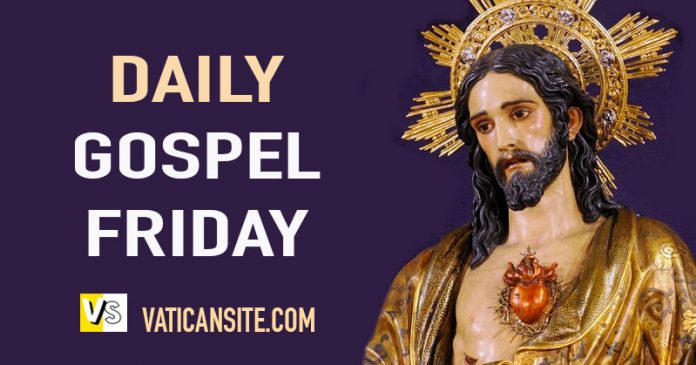 Friday of the Fourth week of Lent

The wicked said among themselves, thinking not aright:

“Let us beset the just one, because he is obnoxious to us; he sets himself against our doings, Reproaches us for transgressions of the law and charges us with violations of our training.

He professes to have knowledge of God and styles himself a child of the LORD.

To us he is the censure of our thoughts; merely to see him is a hardship for us.

Because his life is not like other men’s, and different are his ways.

He judges us debased; he holds aloof from our paths as from things impure. He calls blest the destiny of the just and boasts that God is his Father.

Let us see whether his words be true; let us find out what will happen to him.

For if the just one be the son of God, he will defend him and deliver him from the hand of his foes.

With revilement and torture let us put him to the test that we may have proof of his gentleness and try his patience.

Let us condemn him to a shameful death; for according to his own words, God will take care of him.”

These were their thoughts, but they erred; for their wickedness blinded them,

And they knew not the hidden counsels of God; neither did they count on a recompense of holiness nor discern the innocent souls’ reward.

The LORD confronts the evildoers,
to destroy remembrance of them from the earth.
When the just cry out, the LORD hears them,
and from all their distress he rescues them.

The LORD is close to the brokenhearted;
and those who are crushed in spirit he saves.
Many are the troubles of the just man,
but out of them all the LORD delivers him.

He watches over all his bones;
not one of them shall be broken.
The LORD redeems the lives of his servants;
no one incurs guilt who takes refuge in him.

Jesus moved about within Galilee; but he did not wish to travel in Judea, because the Jews were trying to kill him.

But the Jewish feast of Tabernacles was near.

But when his brothers had gone up to the feast, he himself also went up, not openly but (as it were) in secret.

So some of the inhabitants of Jerusalem said, “Is he not the one they are trying to kill?

And look, he is speaking openly and they say nothing to him.

Could the authorities have realized that he is the Messiah?

So Jesus cried out in the temple area as he was teaching and said, “You know me and also know where I am from. Yet I did not come on my own, but the one who sent me, whom you do not know, is true.

I know him, because I am from him, and he sent me.”

So they tried to arrest him, but no one laid a hand upon him, because his hour had not yet come.