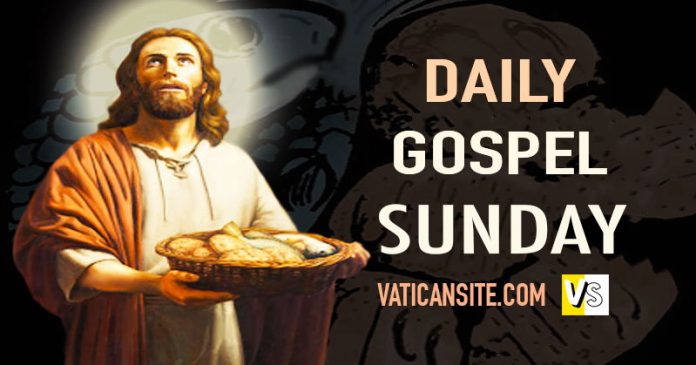 A man came from Baal-shalishah bringing the man of God twenty barely loaves made from the first fruits, and fresh grain in the ear. “Give it to the people to eat,” Elisha said.

But his servant objected, “How can I set this before a hundred men?” “Give it to the people to eat,” Elisha insisted. “For thus says the LORD, ‘They shall eat and there shall be some left over.'”

And when they had eaten, there was some left over, as the LORD had said.

The eyes of all look hopefully to you,
and you give them their food in due season;
You open your hand
and satisfy the desire of every living thing.

Brothers and sisters : I, a prisoner for the Lord, urge you to live in a manner worthy of the call you have received, with all humility and gentleness, with patience, bearing with one another through love, striving to preserve the unity of the spirit through the bond of peace:
one body and one Spirit, as you were also called to the one hope of your call; one Lord, one faith, one baptism; one God and Father of all, who is over all and through all and in all.

Holy Gospel of Jesus Christ according to Saint John 6,1-15.

One of his disciples, Andrew, the brother of Simon Peter, said to him, There is a boy here who has five barley loaves and two fish; but what good are these for so many?

Gospel according to Saint Matthew 17:10-13 CATHOLIC