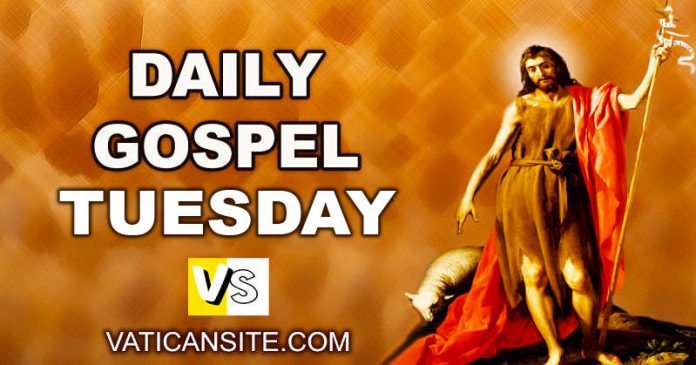 And this is the promise that he made us: eternal life.

I write you these things about those who would deceive you.

As for you, the anointing that you received from him remains in you, so that you do not need anyone to teach you. But his anointing teaches you about everything and is true and not false; just as it taught you, remain in him.

And now, children, remain in him, so that when he appears we may have confidence and not be put to shame by him at his coming.

Holy Gospel of Jesus Christ according to Saint John 1:19-28.

This is the testimony of John. When the Jews from Jerusalem sent priests and Levites to him to ask him, “Who are you?” he admitted and did not deny it, but admitted, “I am not the Messiah.”

So they said to him, “Who are you, so we can give an answer to those who sent us? What do you have to say for yourself?”

He said: “I am ‘the voice of one crying out in the desert, “Make straight the way of the Lord,”‘ as Isaiah the prophet said.”

Some Pharisees were also sent.

They asked him, “Why then do you baptize if you are not the Messiah or Elijah or the Prophet?”

John answered them, “I baptize with water; but there is one among you whom you do not recognize, the one who is coming after me, whose sandal strap I am not worthy to untie.”
This happened in Bethany across t he Jordan, where John was baptizing.