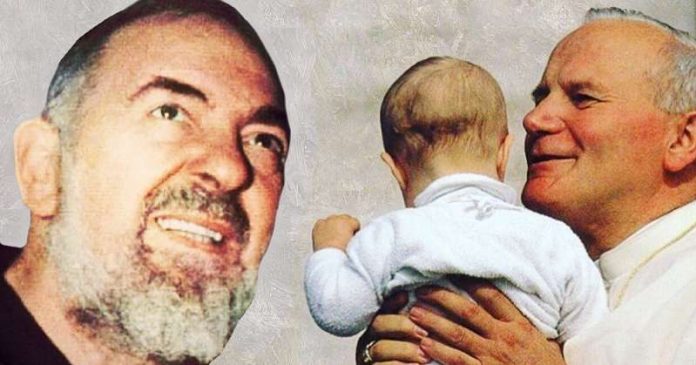 “Give us the grace – When the sacredness of life before birth is attacked, to stand
up and proclaim that no one ever has the authority to destroy unborn life.”
– St. John Paul II

“Before I formed you in the womb, I knew you; before you were born I sanctified you.”
– St. Jeremiah 1:5 (Holy Bible)

“There are two victims in every abortion: a dead baby and a dead conscience.”
– St. Mother Teresa

“Never tire of firmly speaking out in defense of life from its conception and do not
be deterred from the commitment to defend the dignity of every human person
with courageous determination. Christ is with you: be not afraid!”
– St. John Paul II

“Those who slew the unborn children will be tortured forever, for God wills it to so.”
– The Apocalypse of Peter (ca. 135) 2:64

”We must not be surprised when we hear of murders, killings, of wars, or of
hatred…If a mother can kill her own child, what is left but for us to kill each
other?”
– St. Mother Teresa

“You are called to stand up for life! To respect and defend the mystery of life always and everywhere, including the lives of unborn babies, giving real help and encouragement to mothers in difficult situations. You are called to work and pray against abortion.”
– St. John Paul II

“Go away, animal, go away, because you have had abortions three times in agreement with your wife.”
– Padre Pio

”I feel the greatest destroyer of peace today is “Abortion“, because it is a war against the child… A direct killing of the innocent child, “Murder” by the mother herself… And if we can accept that a mother can kill even her own child, how can we tell other people not to kill one another? How do we persuade a woman not to have an abortion? As always, we must persuade her with love… And we remind ourselves that love means to be willing to give until it hurts…”
– St. Mother Teresa

“That special power of loving that belongs to a woman is seen most clearly when she becomes a mother. Motherhood is the gift of God to women. How grateful we must be to God for this wonderful gift that brings such joy to the whole world, women and men alike! Yet we can destroy this gift of motherhood, especially by the evil of abortion, but also by thinking that other things like jobs or positions are more important than loving, than giving oneself to others. No job, no plans, no possessions, no idea of “freedom” can take the place of love. So anything that destroys God’s gift of motherhood destroys His most precious gift to women– the ability to love as a woman.”
– St. Mother Teresa

“The day, in which people, frightened by the economic boom, from physical damages or from economic sacrifices, will lose the horror of the abortion, it will be the most terrible day for humanity. Abortion is not only homicide but also suicide. And with these people we see on the point of committing two crimes…do we want to show our faith? Do we want to save them?
– Why suicide? –
You would understand this suicide of the human race if with the eye of reason you could see the ‘beauty and joy’ of the earth populated by old men and depopulated by children, burnt as a desert. If you thought it over, then you would understand that abortion is even more serious. Abortion also mutilates the life of the parents. I would like to cover those parents with the ashes of their destroyed fetuses, to nail them with their responsibilities and stop the possibility of recurring to ignorance. The remains of a provoked abortion are not buried by false religiousness. It would be an abominable hypocrisy. Those ashes should be thrown at the murderous parents’ elegant faces. If I thought they were of good faith, I would not feel implicated in their crimes. You see, I am not a saint, but I never feel so close to sainthood as when I pronounce these words, undoubtedly a bit virulent, but just and useful, against those who commit this crime. I am certain that God approves of my rigor since, after those sorrowful struggles against evil, He always gives me – or rather let us say He imposes on me – moments of marvelous tranquility.”
– Padre Pio

“America needs no words from me to see how your decision in Roe v. Wade has deformed a great nation. The so-called right to abortion has pitted mothers against their children and women against men. It has shown violence and discord at the heart of the most intimate human relationships. It has aggravated the derogation of the father’s role in an increasingly fatherless society. It has portrayed the greatest of gifts – a child – as a competitor, an intrusion, and an inconvenience. It has nominally accorded mothers unfettered dominion over the independent lives of their physically dependent sons and daughters. And in granting this unconscionable power, it has exposed many women to unjust and selfish demands from their husbands or other sexual partners. Human rights are not a privilege conferred by government. They are every human being’s entitlement by virtue of his humanity. The right to life does not depend, and must not be declared to be contingent, on the pleasure of anyone else, not even a parent or a sovereign.”
– St. Mother Teresa

“Human life must be respected and protected absolutely from the moment of conception. From the first moment of his existence, a human being must be recognized as having the rights of a person – among which is the inviolable right of every innocent being to life.”
– Catechism of the Catholic Church 2270

“Please don’t kill the child. I want the child. Please give me the child. I am willing to accept any child who would be aborted, and to give that child to a married couple who will love the child, and be loved by the child. From our children’s home in Calcutta alone, we have saved over 3,000 children from abortions. These children have brought such love and joy to their adopting parents, and have grown up so full of love and joy!”
– St. Mother Teresa

“Any country that accepts abortion, is not teaching its people to love, but to use any violence to get what it wants.”
– St. Mother Teresa 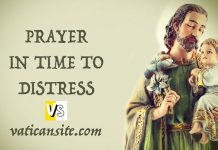